Safe, Skin-friendly & free of side effects.

Suitable for ALL skin types.

Suited for daily use.

An Invisible Barrier to Acne-causing Bacteria

Micronized silver is scientifically proven to provide continuous antimicrobial protection against a broad-spectrum of micro-organisms that can lead to acne & and other skin conditions. Long after the other ingredients have dissipated, micronized silver particles remain active on the surface of the skin.

Zyderma HS supports a healthy appearance by re-establishing the physiological balance of your skin’s microflora. With regular use, Zyderma HS strengthens the resistance of the skin to colonization of bacteria and it’s self-healing abilities.

Micronized silver is a highly porous, sponge-like structure that is produced using a unique and complex process employing only the purest metallic silver. All day long, silver ions are released which, in turn, kill acne-causing bacteria byinactivating their ability to grow & reproduce. 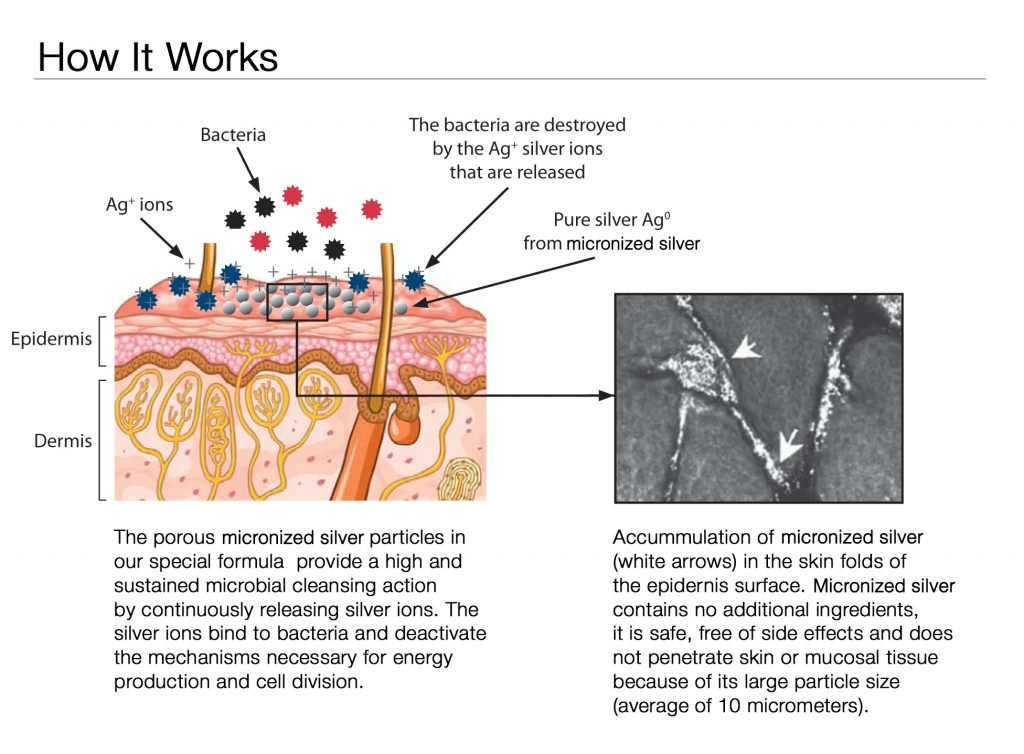 Is micronized silver the same as colloidal silver?

No. micronized silver is a pure metallic silver that is highly distinguishable from other silvers. It does not penetrate the skin due to its large particle size and is free of any side effects. 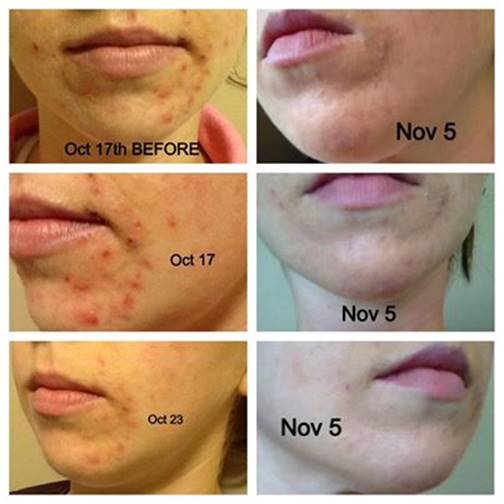 Kathleen Parry
20:03 25 Jul 20
I received quick and friendly service today when I visited to have my skin tag removed.

Amber E
22:17 16 Jul 20
The staff at Bradford Skin Clinic are amazing. They are so helpful and don’t try to oversell services. - they have your best interest at heart. I’m so glad I chose them for my laser hair removal!

Jennifer
12:05 14 Jul 20
I do lazer hair removal at this clinic and it works wonderfully! I have been to many lazer hair removal clinics and have not seen results the way I see them here.The hair is actually GONE, all of it, even in places where I ALWAYS grow it back. The machine also does not hurt the way many other machines do. Jessica is great, patient, and ensures you are not uncomfortable or in pain during the sessions. I 100% recommend if you wish to be hair free.

C CL
15:47 10 Jan 20
I'm so grateful that after quite a bit of research I ended up at Bradford Skin Clinic for laser hair removal. The staff are simply amazing! Not only are they very knowledgeable and provide excellent service - they are very accommodating and so welcoming! I will be enjoying many other services here for sure.

Of Substance
03:03 10 Jan 20
I am very happy that I walked into the skin clinic. My young daughter suffers from acne. The ladies where kind, informative and very helpful. Instead of trying to sell me something they where honest and help advise us on different things we could try. This is a place of quality. Doing the right thing because it’s the right thing to do. Classy.

Indi Kearns
15:22 16 Dec 19
I have been shopping at a bunch of different Clinics. The Owner of the Bradford Skin Clinic, Mia, is very knowledgeable and kind. She obviously has a passion for her work and her business. She gives back to the community. Very few people out there are like her these days. Mia, I wish you the best that life has to give. We need more like you in this world! Thank you!

Hunter2757able .
06:30 06 Dec 19
Had a great first experience at Bradford Skin Clinic. Extremely friendly staff members, who made me feel very comfortable. Definitely will come back to try out other services offered.

S Q
21:25 30 Nov 19
The laser hair removal treatments have been very effective and also pain free! I also love the fire & ice facial, it’s amazing! Thank you to all of the staff, every visit is wonderful 😀

Tina Sibbald
13:29 18 Nov 19
Mia is knowledgeable inspires confidence that I am good hands. I never feel like I'm being "up-sold" because she explains the products and services in a way that makes me comfortable and pleased with her suggestions. I had not visited for a number of years, and on my recent return I felt that results were noticeable on the first visit. I went home and my daughter asked if I had done something different because my skin looked brighter. Thank you Mia!

Christina Milburn
17:47 25 Oct 19
Expensive. I had five laser sessions which were effective. The ladies are nice but never saw the owner again once she took the payment. One of my treatments seemed to be done by a trainee. Will not be returning.

Nadia Sicari
20:12 20 Sep 19
I had a few amazing experiences at the clinic. Jessica and Ashley are so great, friendly and knowledgeable! I'm definitely going to recommend them to my friends. In less than one week, my skin concern has already healed. I owe it all to them!! Thank you Jess and Ashely!!

Jen L
23:09 27 Aug 19
I have been going to Bradford Skin Clinic for months now for laser hair removal. What a great group of people. The space is very clean and relaxing. The staff are very knowledgeable. I fully intend to take advantage of some of their other services because I trust their expertise. Update February 2020: I had a Fire and Ice facial today and my skin is SOOOO smooth and soft!

sami elhami
22:41 20 Aug 19
Mia was wonderful! Made me feel comfortable as soon as walked through the door! She made my appointment quick and easy! I would recommend Bradford skin clinic to anyone looking for a friendly experience and environment!

Lexie Sousa
15:51 24 Jul 19
First time here for laser hair removal treatments and I loved the experience. Everyone there is so nice and make you feel comfortable. Also love that they have so many promotions! It makes Laser affordable!

Lori MacFadyen
19:23 12 Jun 19
Very knowledgable and confident. Spent time listening to my history and need. This allowed for a customized treatment plan that I feel confident in and excited to see the results. Prices were reasonable. First enzyme peel today and already noticed improvements in my skin. Bought a home care line for daily use considering my skin needs and status, and purchased a package of peels to be scheduled at the clinic. THANK YOU!